An iconic steel sculpture has returned to its former home at the entrance to the Creagh facility in Hoveringham, Nottingham.

An iconic steel sculpture has returned to its former home at the entrance to the Creagh facility in Hoveringham, Nottingham.  It has been a three-year labour of love by the Hoveringham Vintage Vehicle Society (HVVS) to have the sculpture returned, restored, and resurrected.  An unveiling celebration took place on Saturday 9th July where villagers came together to enjoy food and drinks and listen to stories and memories of the area and what the Mammoth represents for them.  Creagh were delighted to support the resurrection by creating the concrete plinth the Mammoth now stands on. It is a striking sculpture that we are proud to have at the entrance to our site and we are delighted to see it restored to its former glory.  Congratulations to HVVS and everyone involved.

When Hoveringham Gravels Ltd opened in October 1965, distinguished sculptor Kim James was commissioned to produce an abstract representation of the company’s ‘Mammoth’ trademark.

The resulting sculpture, which stands 23ft high and weighs more than 4 tonnes, became a well-known local landmark symbolizing the company’s connection with the archaeological remains found in the nearby sand and gravel pit.

The Hoveringham Group was bought by Tarmac in 1981 but the mammoth remained outside the former head office until the early 1990s when it was donated by Tarmac to Nottingham Trent University and was re-erected outside their engineering department. There it remained- until now.

In January 2019 members of the HVVS started to explore the possibility of returning the mammoth to its original home. Tarmac was consulted regarding their gifting to the university and confirmation of ownership, and, because of their support and positive response, negotiations started with Nottingham Trent University, which culminated in HVVS receiving the necessary deed of gift document.

Fast forward 3 years and the mighty mammoth has been restored and resurrected at the entrance of former Tarmac now Creagh Concrete site. 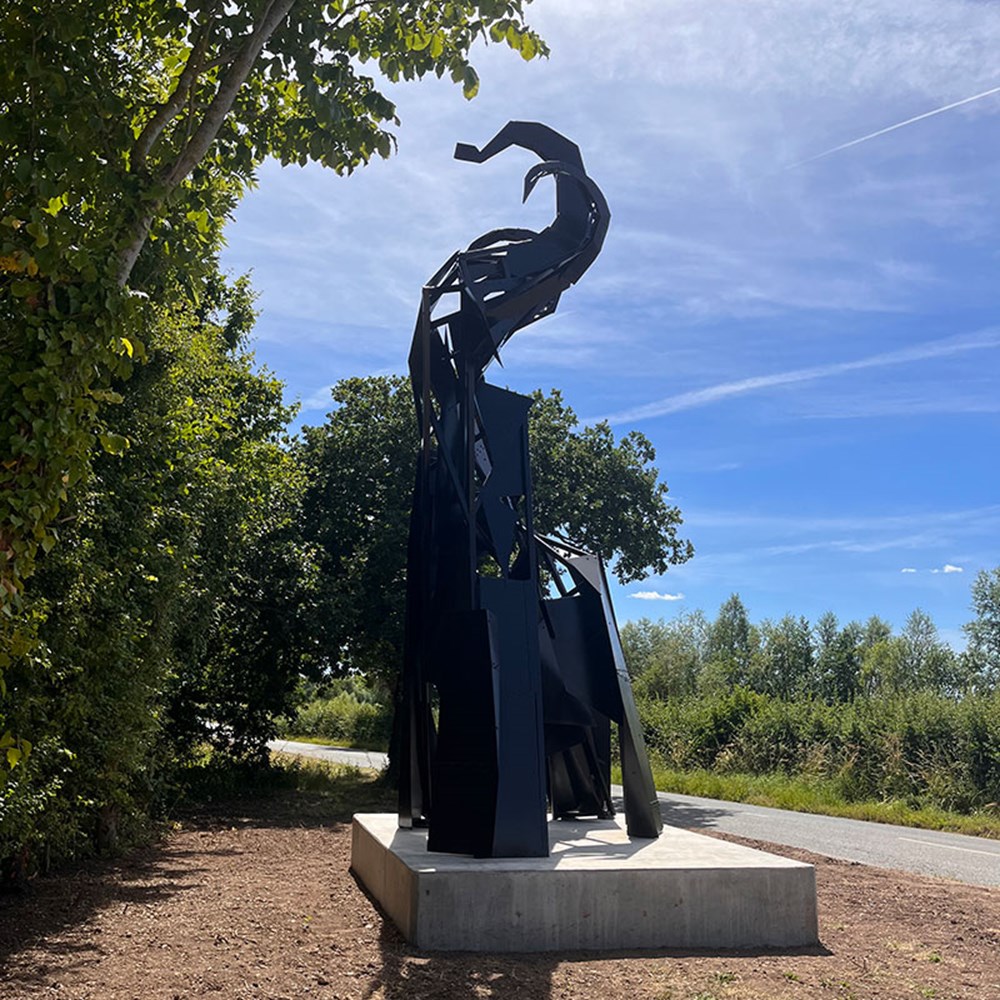 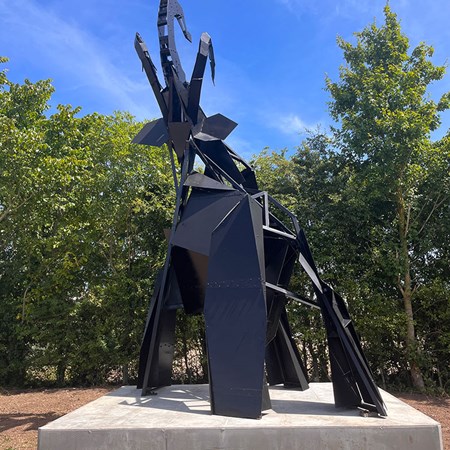 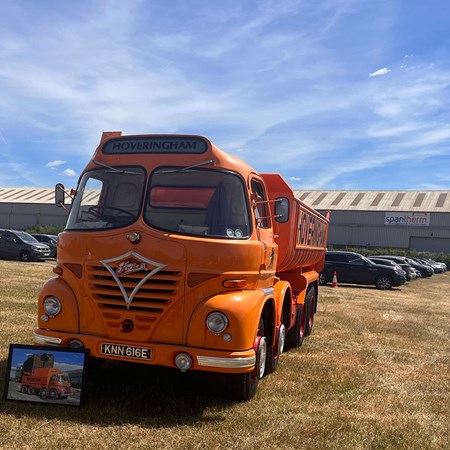 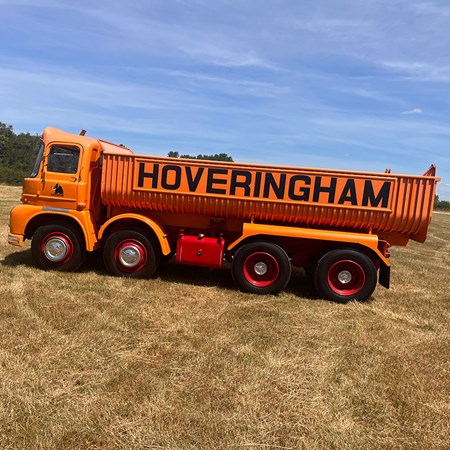 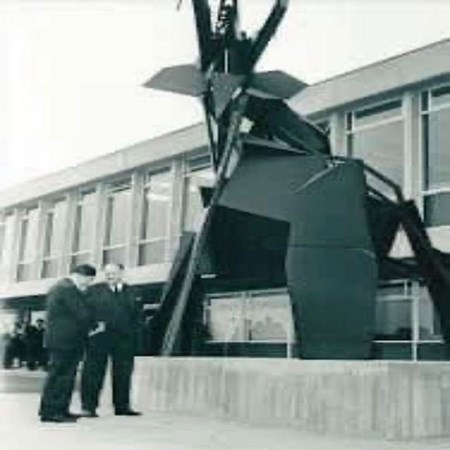 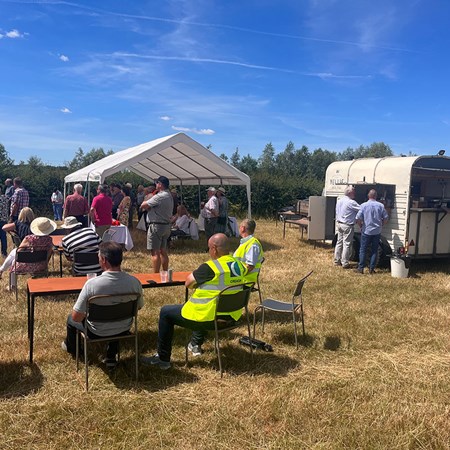 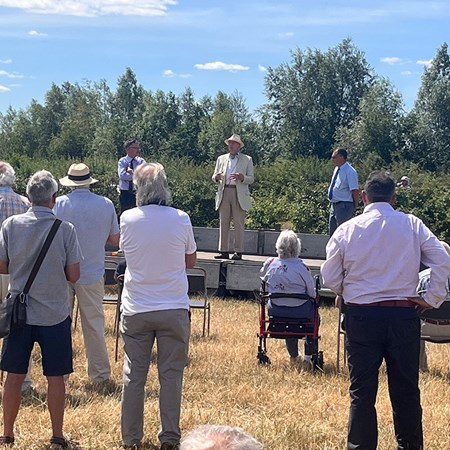 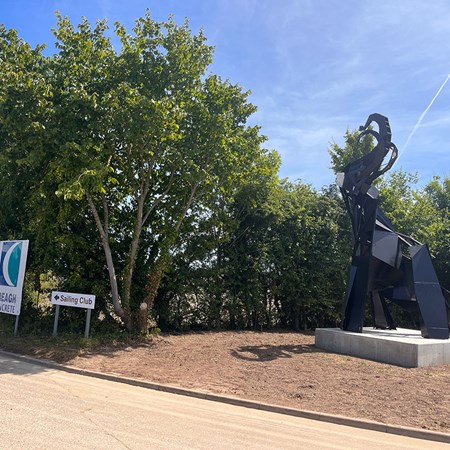 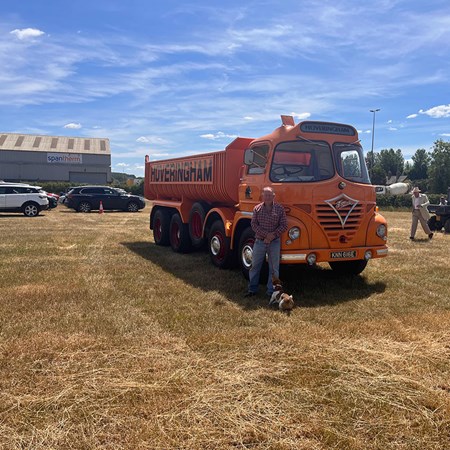